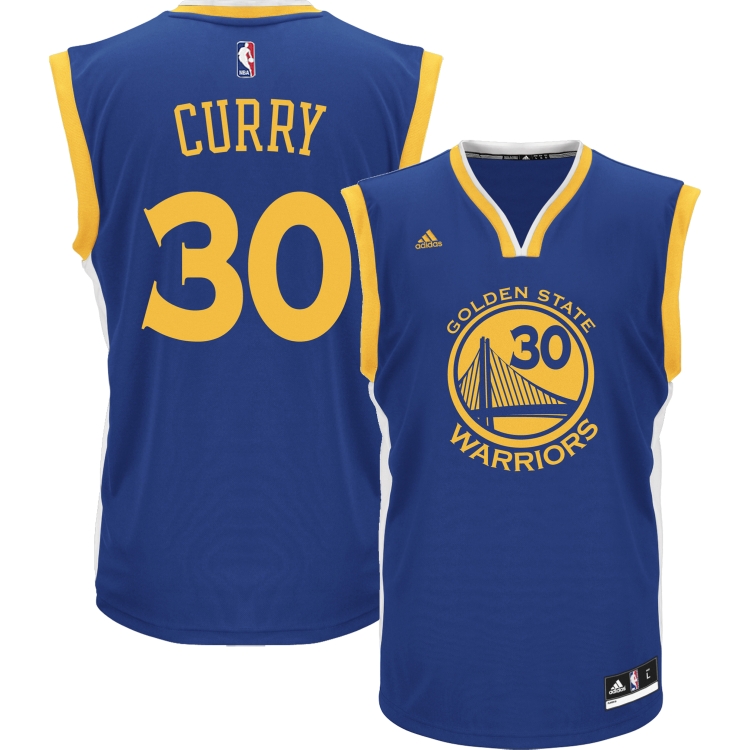 2016 looks like another year where Stephen Curry and Golden State Warriors wins everything in sight. Although the playoffs aren’t done yet, we can bring news of a resounding victory for both of them in the uniforms sales stakes.

Special mention should go to Kristaps Porzingis who goes straight in at number 4. He sure is in some illustrious company in that list, rubbing shoulders with Curry, LeBron James, Kobe Bryant and Kevin Durant in the top 5. It’s been a truly incredible effort for a rookie to make such a commercial impact so quickly. Another notable debutant in the list is Jimmy Butler of the Chicago Bulls.

The main movers in the list were Kobe Bryant (up three places, probably helped by the nostalgia trip in the wake of his retirement announcement), and the Thunder duo of Kevin Durant and Russell Westbrook each went up an impressive six places. As a result, we’ve seen orders for our Tempo Basketball Jersey skyrocket!

No real surprise in the top 5 for the teams, with the Warriors being followed by the Bulls, Cavaliers, Lakers and the Knicks.

If you had to design custom basketball uniforms for your next season of play, which NBA team which you want your look to resemble?

Related: Kobe Bryant Must Choose 8 or 24 As Retirement Jersey Number